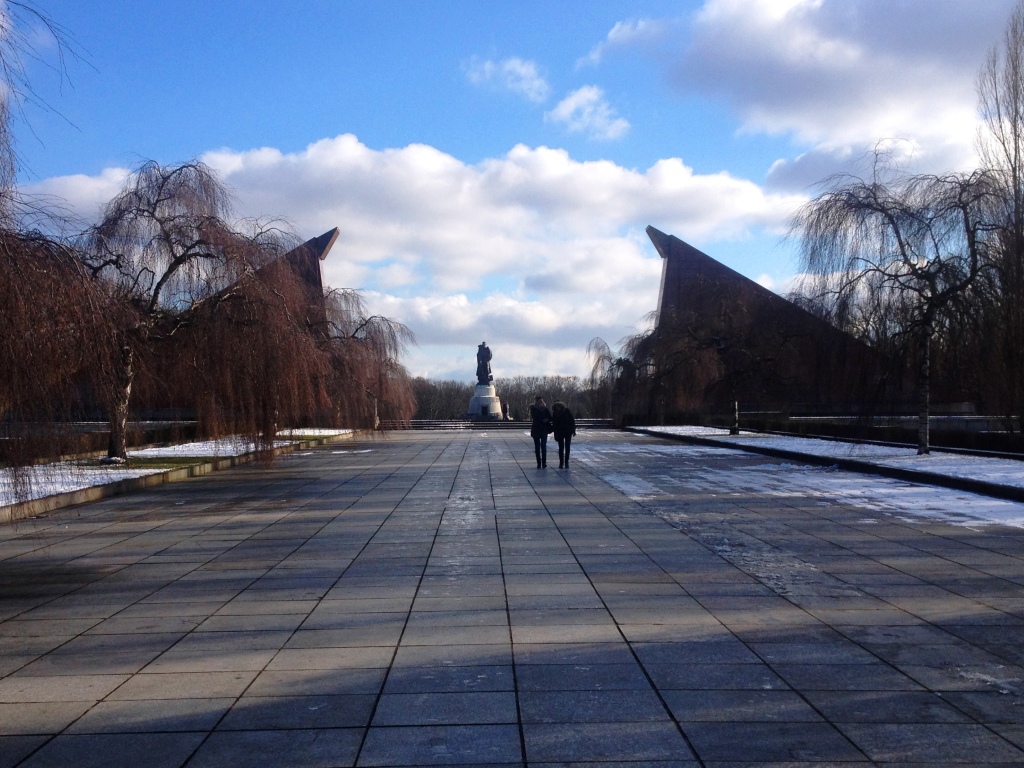 The Soviet Memorial in Treptower Park is the largest memorial to the Red Army in Germany. And even though it is probably not on the typical top-10-must-see-places-list of Berlin we can guarantee you that it is so worth to visit – and here is why:

As you probably can imagine, an imposing and monumental place like the Soviet Memorial is almost impossible to get to know without visiting it and without actually standing on the grounds and being able to understand the spatial dimensions of this place.

Just to quickly give you an impression of the symbolic value of the place today: in May this year, it was the 70th anniversary of the end of World War II and the Soviet victory over the Nazi regime. A huge group of Russian nationalist bikers, the “Nightwolves”, went on a manifestation trip from Moscow all the way to Berlin which they called their “victory ride”, the Soviet Memorial on Treptower Park being their final destination to remember the Soviet triumph and superiority.

If you are on fire about Soviet heritage in the city now: Besides the memorial in Treptower Park, there are two others to explore! The first one is located almost directly behind the Brandenburg Gate in the Tiergarten district, and the other one is in Berlin’s north, in Pankow. Both memorials were built in 1945 and 1949, more or less immediately after the Soviets defeated Germany. Just like the war memorial in Treptower Park, also the other two memorials showcase glorious scenes of the Red Army.

Do you want to know more about the layout of the memorial in Treptower Park and the symbolic material it is made of? Listen to our exciting talk below. Enjoy! And then go walk our talk and explore this imposing place.