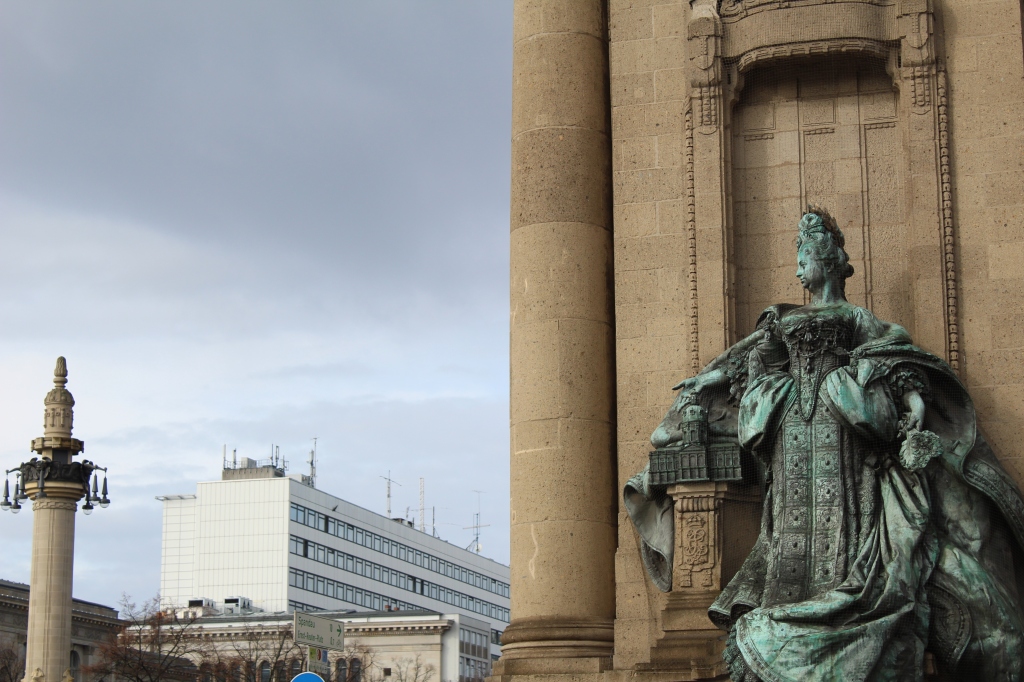 The Charlottenburg Gate used to serve as entrance to the independent town of Charlottenburg on the first years of the 20th century. It has suffered severe damage during the Second World War, but as we all know, in Berlin what goes down comes up again as a weird nostalgic reconstruction. The gate only needed to be restored, but both of the candelabras were rebuilt in 2009.

Today, you can go up to a viewing platform at the gate and visit the Charlottenburg Gate museum open only on Saturdays from 14:00 to 17:00.

To know more about the history of the gate, listen to the talk below: